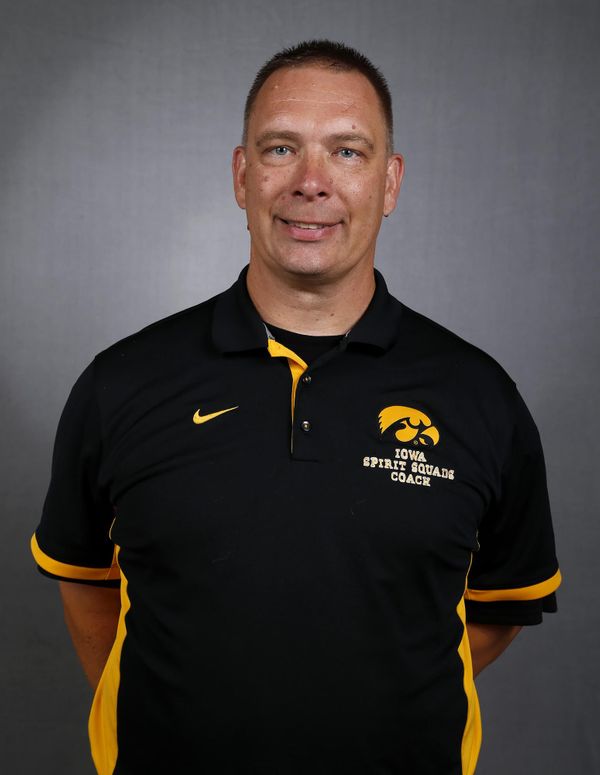 Gregg Niemiec is entering his 21st year as the head cheerleading coach and spirit coordinator for the University of Iowa spirit squads. Niemiec coaches the Iowa cheerleaders, while running the spirit squad and all of its events, travel, public relations, fundraising, alumni relations and daily needs.

A 1993 graduate of Northern Illinois University, Niemiec was assistant coach at Northwestern University for three years while also coaching at the high school and junior high level in the suburbs of Chicago. As a cheerleader at Northern Illinois, he was a three-year captain and competed at nationals in the team and partner stunt divisions.

As a territory manager events and camps were set-up and administered, staffs were hired, trained and scheduled and coaches were kept up to date on all that was going on in the various states Niemiec covered. He has judged competitions at all levels, including numerous state and national competitions.

Niemiec was originally hired as Iowa’s head cheerleading coach. Shortly after arriving at the UI, the Iowa cheerleaders and Iowa dance team (known at the time as the Iowa pom pom squad) merged to create the Iowa spirit squads. The final piece of the Iowa spirit squads came into place when the daily duties of Herky the Hawk were officially assumed by the UI Athletics Department.

As a model for other spirit squads around the country, the Iowa spirit squads run together as a group, as opposed to three different entities being run separately. As an advocate for safety in the cheerleading industry, Niemiec has been an AACCA safety certifier for the organization since its inception. AACCA guidelines have now officially been adopted by the NCAA and all of its member institutions.

Niemiec is married to Jenny Niemiec, a graduate of Western Michigan, with a teaching degree received from the University of Iowa. They have two daughters, Emily and Ashley, and they reside in Iowa City.