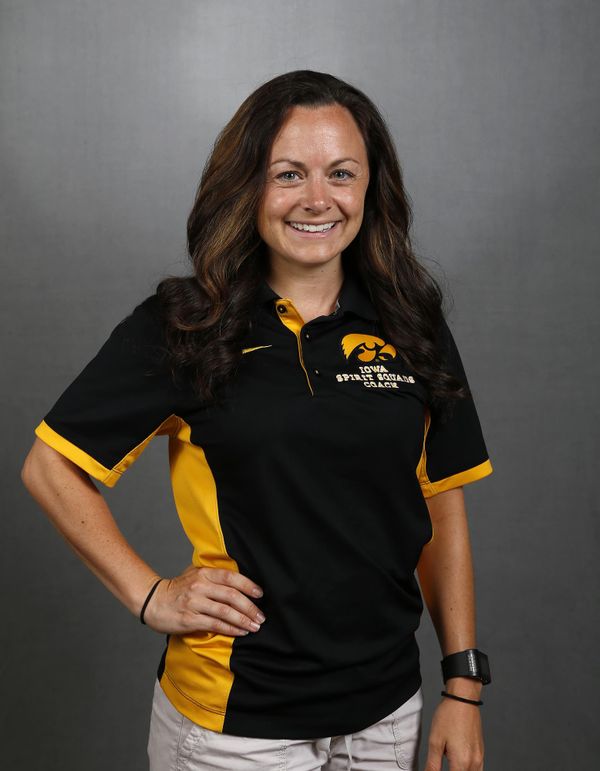 Jenny Eustice is entering her eight year as the dance team coach for the University of Iowa. She has taken the Iowa dance team to UDA College Nationals every season as a coach.

In 2012, the Iowa dance team made history by earning a spot in the finals of two divisions, and placing in the top 10 in both the jazz and pom categories. In 2015, the dance team placed fifth at nationals in the pom category, the highest placing in school history.

Eustice is a former Minnesota Vikings cheerleader and a Minnesota Swarm Performance Team member. She is a former dancer (captain) and assistant coach of the four-time UDA National Champion University of Minnesota dance team in Minneapolis.

As a former V!ROC dance choreographer, she has choreographed for nationally ranked college dance teams. Eustice has 15 years of studio training in ballet, jazz, tap, hip-hop, and modern from the Dance Shoppe in Plymouth, Minn.

Eustice is married to Luke Eustice, the director of operations for Iowa’s wrestling program, and they have a daughter, Peyton and son, Charlie.