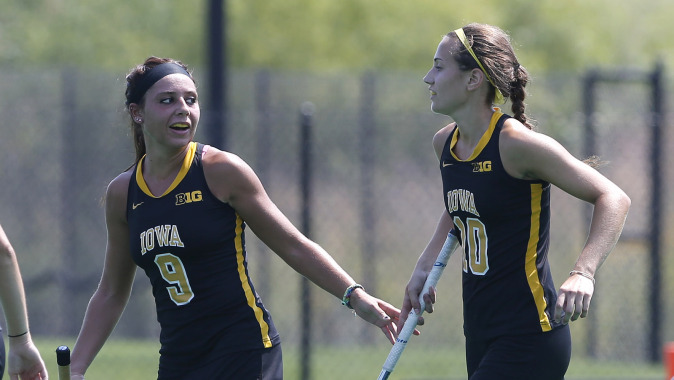 SCOUTING WAKE FOREST
The 11th-ranked Demon Deacons head to Chapel Hill coming off a 12-9 season in 2013 and a sixth place finish in the ACC. Head coach Jennifer Averill returns for her 23rd season at the helm of the Wake Forest program. The Demon Deacons are led by senior Anna Kozniuk who was selected to the 2013 All-ACC Team. Last season, Kozniuk earned 24 points with nine goals and six assists.

SCOUTING NORTH CAROLINA
In addition to Wake Forest, the Hawkeyes will also battle No. 2 North Carolina. The Tar Heels enter the 2014 season coming off an 18-6 mark in 2013 and are led by head coach Karen Shelton. Over the course of 32 years in Chapel Hill, Shelton has led North Carolina to six NCAA Championships; nine NCAA runner-up finishes, 18 ACC championships, and has over 550 career wins.

HAWKEYES IN THE BIG TEN/ACC CHALLENGE
The ACC/Big Ten Challenge is in its 13th year of existence, as it has been played annually since the 2002 season. Iowa finished with a 1-1 record at the 2013 Big Ten/ACC Challenge.

IN THE RANKINGS
The University of Iowa field hockey team is ranked 20th in the country in the 2014 Penn Monto/National Field Hockey Coaches Association (NFHCA) Division I Preseason Poll. The Hawkeyes garnered 173 points in the rankings, and one first place vote. Iowa has been ranked each week (33 weeks) in the poll dating back to Sept. 6, 2011. Iowa is one of six Big Ten Conference schools in the team rankings along with Maryland (first), Penn State (eighth), Northwestern (14th), Michigan State (16th), and Michigan (17th).

LOOKING AHEAD
After the ACC/Big Ten Challenge, the Hawkeyes will host Virginia in their home opener at 3 p.m. on Sept. 4. The Hawkeyes then hit the road for a four-game stretch from Sept. 11, through Sept. 21. The Hawkeyes will take on UC Davis, Stanford, Pacific, and will conclude the trip opening Big Ten play in Piscataway, N.J., taking on Rutgers.

NATIONAL ACADEMIC HONORS
The University of Iowa field hockey team was awarded the 2013 Gladiator SGI/NFHCA Division I National Academic Team Award. The National Academic Team Award recognizes those institutions that have achieved a team GPA of 3.0 or higher during the first semester of the 2013-14 academic years. Brynn Gitt and Jessy Silfer were named 2013 Gladiator SGI/NFHCA Division I Scholars of Distinction. The honor is awarded to student-athletes who achieved a cumulative GPA of 3.90 or higher through the first semester of the 2013-14 academic year.