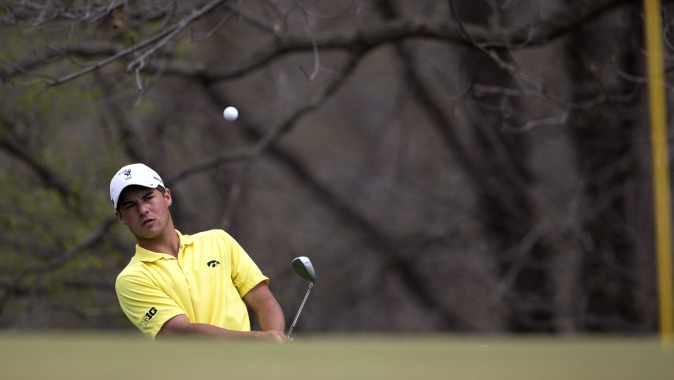 “Carson is thrilled for the opportunity given to him by Mr. Clair Peterson and the John Deere Classic,” said Tyler Stith, head coach of the UI men’s golf team. “His ambition is to play on the PGA Tour and this will allow him to live that dream.”

Schaake’s sophomore campaign was highlighted by his performance at the 2015 Big Ten Tournament, where he became the third Hawkeye in program history and the first since 1992 to be crowned individual champion. The Omaha, Nebraska, native shared medalist honors with Illinois’ Nick Hardy as each carded a four-under-par 284. Schaake led Iowa to its seventh-straight appearance in NCAA Regional competition this season, and was one of six Big Ten golfers to earn first team all-league honors.

A Division I PING All-Midwest Regional Team selection, Schaake carried a team-best stroke average of 71.17 — the second-best total in program history. He provided Iowa’s top individual finish in 7-of-10 stroke play tournaments, while recording a team-high four top-10 finishes and 18 rounds at or below par.

“Carson is following in the footsteps of Steven Ihm, who was given an exemption in each of the last two years,” said Stith. “It’s an honor for Carson and our program to receive such high praise and recognition from such a well respected event like the John Deere Classic.”

The 2015 John Deere Classic, held at the Tournament Players Club (TPC) Deere Run in Silvis, Illinois, marks the 45th annual PGA TOUR event in the Quad Cities and the 17th year for John Deere as the title sponsor. This year’s tournament, which features a purse of $4,700,000 and a winning share of $846,000, runs from July 6-12.