IOWA CITY, Iowa — The athletic career of University of Iowa freshman Emma Mask is linked in an amusing way to Kate Middleton, also known as Catherine, Duchess of Cambridge.

Emma’s mother, Jessica, a fan of anything and everything to do with the British royal family, became intrigued when she discovered that Middleton (who married Prince William) trained with the rowing team in college. When Emma was in eighth grade, Jessica caught wind of a rowing open house near the family’s home in Bettendorf, Iowa.

Emma did not want to attend.

“She ended up making me go,” Emma said. “It was more like, you are going because I said so.”

“As soon as I sat in the boat, I knew that I loved it and it is something I wanted to do,” Emma said.

A volleyball and basketball player at Pleasant Valley (Iowa) High School, Mask ditched the school teams because of the time she committed to Y Quad Cities Rowing. That club should be familiar to fans of Hawkeye rowing: it also produced Beth Baustian, an Iowa first-team All-Big Ten performer from Davenport. 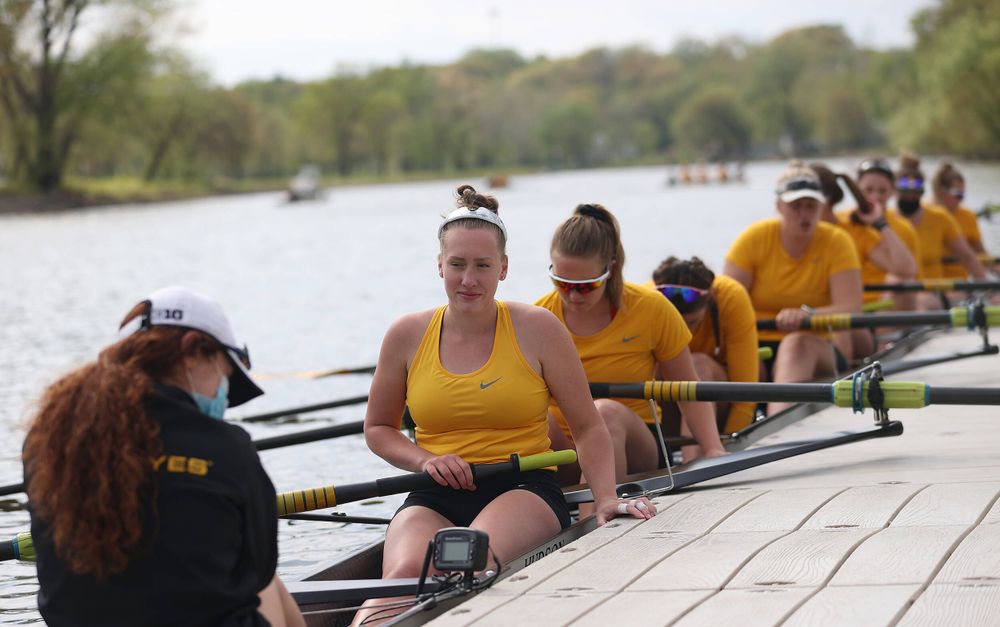 “As soon as I sat in the boat, I knew that I loved it and it is something I wanted to do."

“The Quad Cities program is strong and has established a reputation,” said Iowa head coach Andrew Carter. “We have been the beneficiary of a couple women from there. In the last eight to 10 years, it has produced significant junior women in particular.”

College recruiters pursued Mask when she was a junior in high school. Initially she dreamed of moving further from the banks of the Mississippi River, but the more she spoke with Iowa’s coaches, the more she realized that her perfect fit would be an hour west in the P. Sue Beckwith Boathouse overlooking the Iowa River.

Mask saw what Carter was creating in Iowa City with the Hawkeyes advancing to the NCAA Championships in 2017, 2018 and 2019. A health and human physiology major, Mask also knew that by attending the University of Iowa, she would have access to one of the top medical programs in the nation. Although she has plenty of time to decide, Mask is leaning toward applying for the radiation science program and eventually doing something that includes sonography.

Mask quickly earned a spot in Iowa’s 1 Varsity 8 boat that will compete at the Big Ten Championships on May 16 at the Indianapolis Rowing Center. It is rare for a first-year Hawkeye to row with the 1V8, and making that feat more amazing is that Mask came to Iowa with more experience in sculling.

“The biggest challenge was learning how to sweep and how to sweep well,” Mask said. “I have learned a lot from coach Carter. Any time you have a new perspective or a new coach giving you more information, I feel you can learn a lot.” 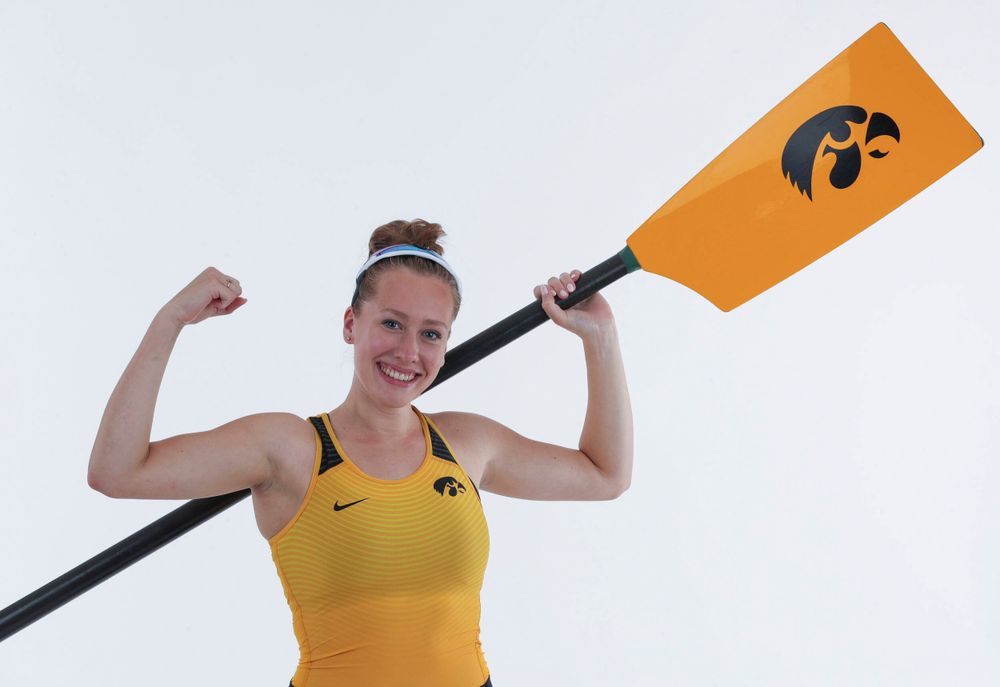 Mask was used to performing at a high level with Y Quad Cities Rowing, but the races in college are faster and more competitive. One of the highlights in Mask’s first season is simply representing a Division I university in the sport. Four other seniors from Pleasant Valley rowed for Y Quad Cities and all four, plus Mask, are now competing at the highest level in college.

“One of the big reasons I wanted to come to Iowa was because they had a big turnaround and the program has been getting better and better,” Mask said. “I wanted to help and be part of that.”

She sees positive results in recent practices and the Hawkeyes want to show that improvement on the course in Indianapolis. In the last two conference championships, the Hawkeye 1V8 boat has placed third behind Michigan and Ohio State.

Carter envisioned Mask having an immediate impact with the program, but not necessarily right away in the 1V8 boat. After all, there were technical advancements to be made that must come through consistent training.

“Emma has had a steadying effect with her adaptability and she has been very, very coachable,” Carter said. “Everything seems to calm a little when she is put in that stroke position and is able to establish a rhythm that is predictable and somewhat easy for the rest of her crew to follow.”

Carter, who will serve as head coach for the U23 National Women’s Team, appreciates the steadiness of Mask’s training. Day-in and day-out, he says, the Hawkeyes can expect an excellent effort from Mask. With a quiet personality and strong rowing foundation, Carter is excited to see what the next few years hold for the homegrown freshman.

“She has physical capabilities, strength and endurance,” Carter said. “Emma is just scratching the surface in that area. She will continue to grow at the collegiate level and I would love to believe even beyond as she gets older, more mature and faster.”