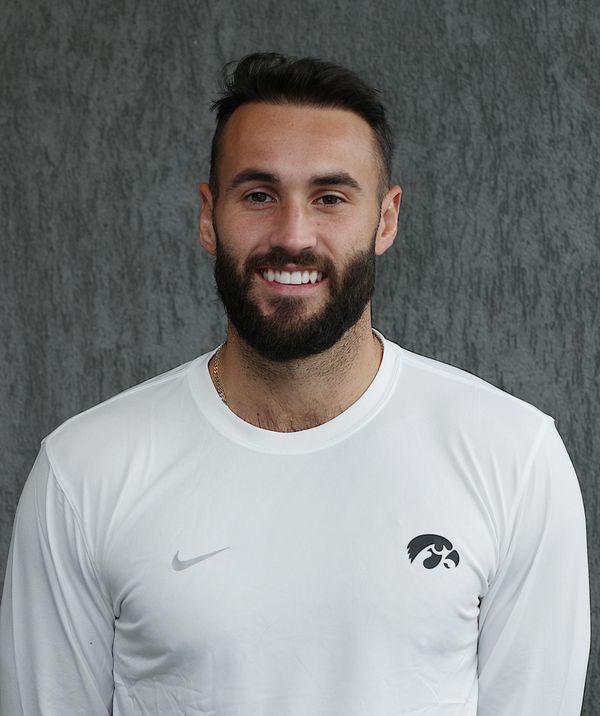 Lloyd Bruce-Burgess completed his second season as assistant men’s tennis coach at the University of Iowa.

In 2021, Bruce-Burgess helped guide the doubles team of Oliver Okonkwo/Will Davies to the NCAA Championships. Okonkwo/Davies ascended as high as No. 2 in the national rankings, the highest an Iowa doubles team has been ranked in program history. Davies/Okonkwo are the seventh doubles duo in program history, and first in over three decades, to qualify for the NCAA Championships.

Under Bruce-Burgess’ guidance, Kareem Allaf earned first-team All-Big Ten accolades for the second straight season and became Iowa’s all-time leader in wins, and Will Davies tied the program’s record for most doubles victories.

Off the court, the Hawkeyes excelled in the classroom in 2021, with six student-athletes earning Academic All-Big Ten recognition, equaling the most in program history.

Bruce-Burgess helped guide Iowa to a 12-2 start in 2020 and a program-best national ranking as high as No. 20. In fall individual competition, five student-athletes qualified for the ITA Fall National Championships, including two Iowa doubles teams qualifying for the first time in two decades. In the spring, Bruce-Burgess and the Hawkeyes knocked off three ranked opponents (No. 16 Cornell, No. 35 Denver, and No 50 VCU) and were on pace to qualify for the program’s first NCAA Tournament before the season was canceled by the Big Ten Conference and NCAA on March 12, due to concerns of coronavirus (COVID-19).

Burgess came to Iowa City from the University of South Florida where he served as an assistant for the 2019 fall campaign. Before his short stint with the Bulls, Burgess served as the Director of Tennis for Genesis Health Clubs from 2013-19. Burgess grew the club into one of the finest in the Midwest claiming Director of the Year in 2015 and 2016.

Prior to the Genesis Health Club, Burgess coached professional tennis. He teamed up with Johnanna Konta and Renata Zaraua on the WTA tour. He served as a practice partner for Konta, who was ranked No. 11 on the WTA tour and was a finalist in the Australian Open.

A native of Brockenhurst, England, Burgess earned his degree from Fresno Pacific where he was a part of the 2011 NAIA National Championship squad. Before transferring, Burgess was a two-time JUCO All-American at Crowley College where he was ranked No. 3 and No. 2 by the NJCCA in singles and doubles, respectively. He was also tabbed the ITA Region VI Player of the Year in 2010.