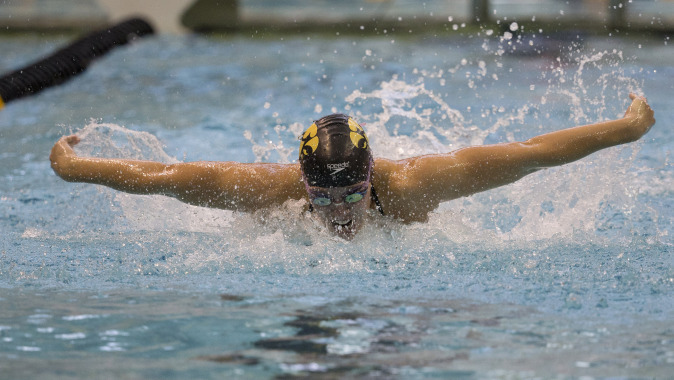 IOWA CITY, Iowa — University of Iowa sophomore Emma Sougstad has been named the Big Ten Swimmer of the Week, the league announced Tuesday. Sougstad earned the accolade after posting a pair of NCAA `B’ cut times in the dual against Minnesota on Oct. 31.

“Emma had a great meet,” said UI head coach Marc Long. “To be able to go on the road and swim some outstanding times is really impressive for this early in the season. She just keeps developing and getting better and better. Like the rest of the team, we’re focusing on the rest of the year and looking forward from here,” said Long.

The Hawkeyes return to action Dec. 5-7, hosting the Hawkeye Invitational at the Campus Recreation and Wellness Center Pool in Iowa City.