IOWA CITY, Iowa — It was a big play, arguably the biggest of the game, and University of Iowa junior Daviyon Nixon stressed the significance.

The Hawkeyes trailed by a point with 4:57 remaining and desperately needed to stop Northwestern on third-and-4 from the Northwestern 45 to have any chance at victory. Nixon, a 6-foot-3, 305-pound junior defensive lineman stood near the line of scrimmage, clapped his hands, yelled to teammates on his right and left, then proceeded to charge after Wildcat quarterback Peyton Ramsey like he had done most of the afternoon.

“It’s a family thing and we have to stay together as a team and we have to finish,” Nixon said. “I need everybody hyped up, I need all the juice from the sidelines, fans, anybody who is out there. We came out here for a reason and that’s to get the job done. If you’re out there you have to be out there in the moment.”

Ramsey had no choice but throw the ball away harmlessly into the Kinnick Stadium turf and the Hawkeyes earned another opportunity for its offense Saturday in the Big Ten home opener.

“Daviyon is a great player,” said Iowa defensive end Zach VanValkenburg. “We rely on him to make a lot of plays. Obviously, it is a group effort, but he is a great player and he brings the group together.”

Sophomore linebacker Seth Benson made his first start against Northwestern and fed off Nixon’s energy. Benson compiled a game-high 13 tackles with two quarterback hurries, including one on the crucial third-down play in the fourth quarter. 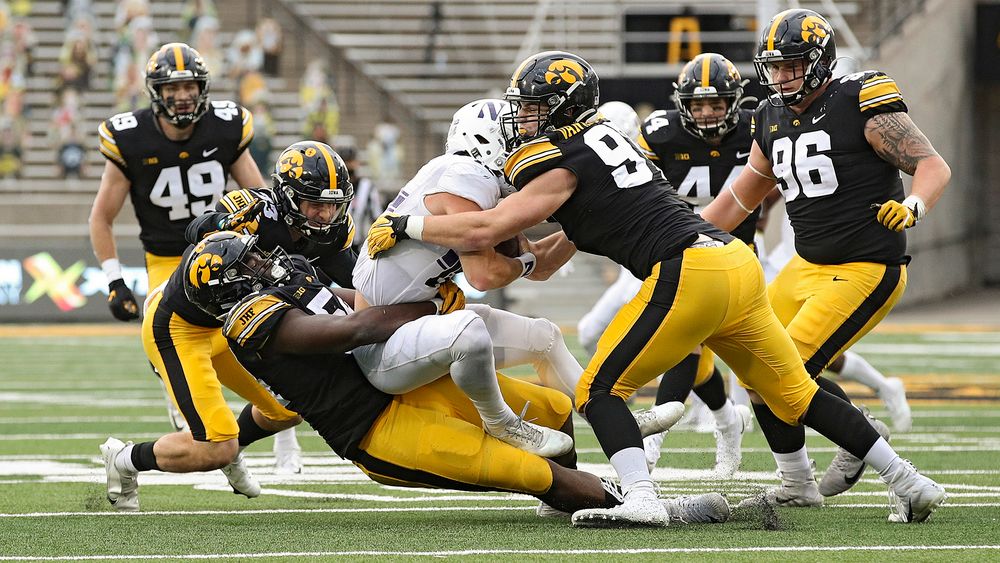 “I need everybody hyped up, I need all the juice from the sidelines, fans, anybody who is out there. We came out here for a reason and that’s to get the job done. If you’re out there you have to be out there in the moment.”

“He sparks a fire in us and when he gets in the backfield it helps,” Benson said. “When he is playing blocks, he keeps the offensive linemen off us (linebackers) and allows us to be able to make plays. He brings great energy every day.”

Something seems to click when Nixon plays Northwestern. Last season — after a 20-0 Iowa win in Evanston, Illinois — Nixon was named Big Ten Player of the Week by CollegeSportsMadness.com by making five tackles, two sacks and a pass breakup.

He continued to make an impact Saturday with 11 tackles (six solos), three tackles for loss, 1.5 sacks and a forced fumble. As you would expect, Nixon was more focused on the final score that favored Northwestern, 21-20. 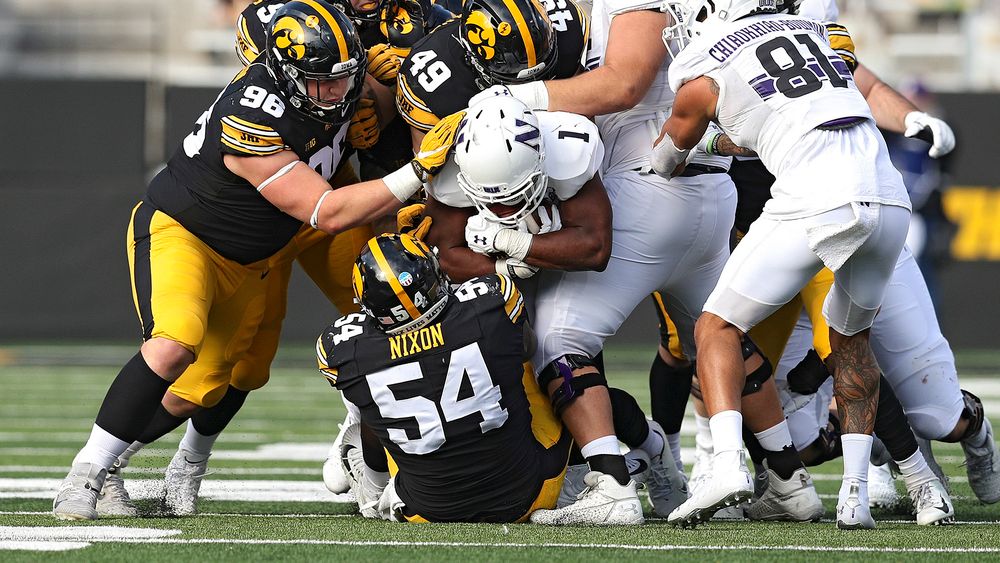 “It wasn’t enough. It just wasn’t enough,” Nixon said. “If we don’t get the win, I never feel like I did enough from a defensive standpoint.”

Two of Nixon’s tackles came in the first quarter when Iowa raced to a 17-0 lead, thanks to scoring 14 points on two Wildcat turnovers. But for the second straight week, Iowa couldn’t hold a halftime lead.

That fact is not lost on Nixon.

“We have to finish,” he said. “Iowa is a big team on finishing, and we haven’t been able to do that the last two weeks. We have to get back to being Iowa, playing Iowa football and finishing every game strong.”

Iowa returns to Kinnick Stadium on Nov. 7 against Michigan State (1-1). Kickoff is 11 a.m. (CT) and the game will be televised by ESPN.