CEDAR FALLS, Iowa – The University of Iowa women’s golf team won the UNI Spring Invite at Pheasant Ridge Golf Course with a team score of 897 (+33) after their 296 (+8) final round. It was a commanding win for the Hawkeyes as they finished with a twenty-stroke lead and had six golfers finish in the top ten.

Freshman Klara Wildhaber and sophomore Morgan Goldstein tied for second on the individual leaderboard with a three-round score of 223 (+7). Wildhaber shot +2 and Goldstein was +1 in the final round Sunday. Sophomore Lea Zeitler finished +11 (227) to take fifth place.

Jacque Galloway, Manuela Lizarazu, and Dana Lerner all finished in the group tied for sixth. Their final rounds were 77, 73, and 74 to give them all a +14 (230) tournament.

Senior Sarah Overton, the Iowa City native, shot a final round 77 to put her in a tie for eleventh with a three-round total of 233 (+17). Lilly Gentzkow and Brett Permann closed with a final round 76 and 81 respectively as they finished tied for fifteenth (237, +21).

Senior Stephanie Herzog placed 28th, closing with an 83 on the final day to finish +33 (249). Herzog played alongside Lerner, Overton, and Permann as individuals in the UNI Spring Invite. 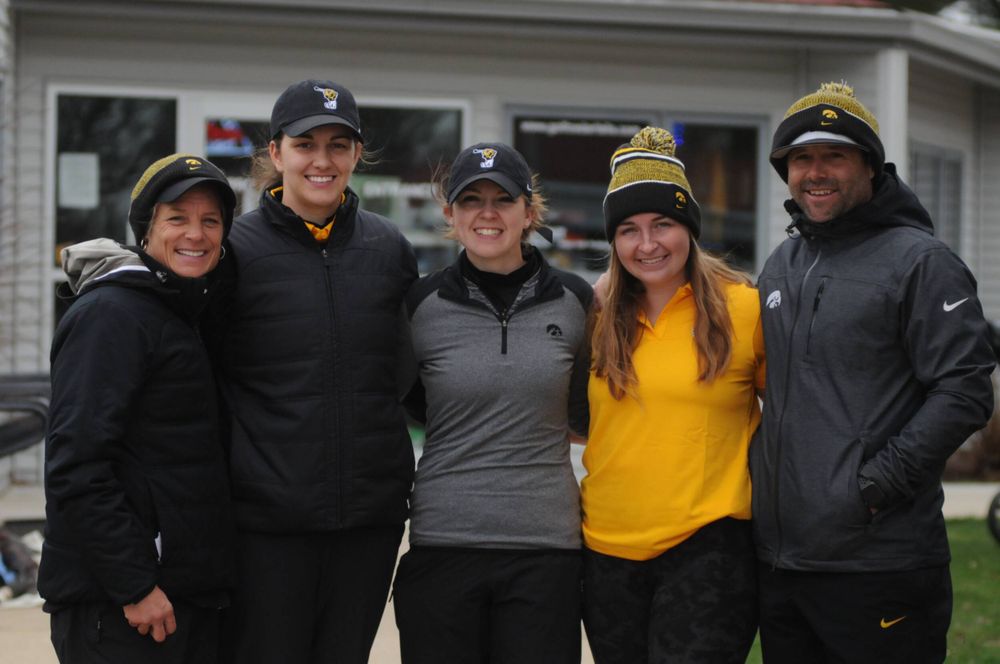 The Hawkeyes will head to Bloomington, Indiana, to compete in the Indiana Spring Invitational April 17-18.