Hawkeyes Fall in Tough Match Against No. 8 Northwestern, 4-3

Evanston, Illinois — The University of Iowa women’s tennis team suffered a 4-3 loss to No. 8 Northwestern on Sunday inside Combe Tennis Center. The Hawkeyes are now 6-4 in the Big Ten Conference.

The Hawkeyes came out on top earning the doubles point. Northwestern’s Christina Hand and Clarissa Hand defeated Iowa’s Elise van Heuvelen and Samantha Gillas, 6-2, at the No. 2 spot. Iowa battled back in the last two matches to take the 1-0 lead. Vipasha Mehra and Danielle Bauers defeated Northwestern’s Maria Shusharina and Hannah McColgan, 6-4, at the No. 3 spot. Iowa’s Alexa Noel and Samantha Mannix clinched the doubles point at the No. 1 defeating Julie Bryne and Briana Crowley 6-3.

No. 97 Alexa Noel tied the match at three with her 15th singles win of the season. The freshman won in straight sets against Maria Shusharina 6-2, 6-3. Noel remains undefeated in singles playing at the No. 1 spot. Christina Hand clinched the victory for the Wildcats after defeating Vipasha Mehra 6-3, 6-3 at the No. 6 spot. 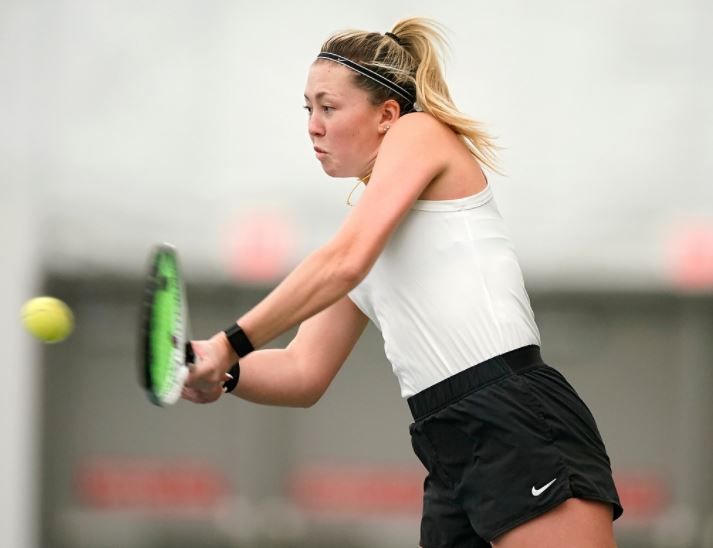 “Really heartbreaking loss today. Overall this was a tough weekend. To be on the short side of two 4-3 losses is really tough for our team. We are going to have to be resilient and we are going to have to double down on working hard to improve going forward. We have more challenging Big Ten matches ahead at a critical moment in the season. We have a great group and I know they are going to want to respond in the best way possible from the disappointments over the weekend.”

The Hawkeyes return home for the next two weeks. Iowa will face Wisconsin on March 19 inside the Hawkeye Recreation and Tennis Complex.  Action is set to start at 4 p.m, (CT). Live stats and video can be found on Iowa Women’s Tennis schedule page.