3: WR Charlie Jones is the only player in the conference to rank in the top three in average yards per kickoff return and punt return. Jones has returned 13 kickoffs for an average of 26.2 yards per return, No. 2 in the Big Ten. He averages 11.2 yards on a league-high 23 punt returns.

4: P Tory Taylor ranks fourth in the Big Ten averaging 46.6 yards per punt. Taylor has 16 punts of 50 or more yards. Twenty-four of his punts have been downed inside the 20 this season. Taylor was recognized as a first-team midseason All-American by The Athletic. Iowa owned the field position battle in each of its six wins.

5: K Caleb Shudak has connected on 11-of-13 field goal attempts and is good on all 24 PAT tries. He connected on career highs in field goals (3) against Maryland and Penn State. He has a team-high 57 points, eighth in the Big Ten. Shudak has 25 touchbacks on 42 kickoffs.

6: C Tyler Linderbaum was named a midseason first-team All-American by the Associated Press, Sporting News, CBS Sports, and The Athletic. Linderbaum has made 29 consecutive starts at center. Iowa is 22-7 during that span.

8: LB Jack Campbell ranks fifth in the Big Ten with 76 tackles and was named a second-team midseason All-American by The Athletic. He had a career-high 18 tackles in Iowa’s Week 4 win against Colorado State, earning national and B1G Defensive Player of the Week honors. He is a Butkus Award semifinalist.

10: University of Iowa Moon Family head football coach Kirk Ferentz is one 16 head coaches named to the Dodd Trophy Midseason Watch List. Ferentz has been named Big Ten Coach of the Year four times (2002, 2004, 2009, 2015). He was named the Woody Hayes, Eddie Robinson, and Bobby Dodd National Coach of the Year in 2015. 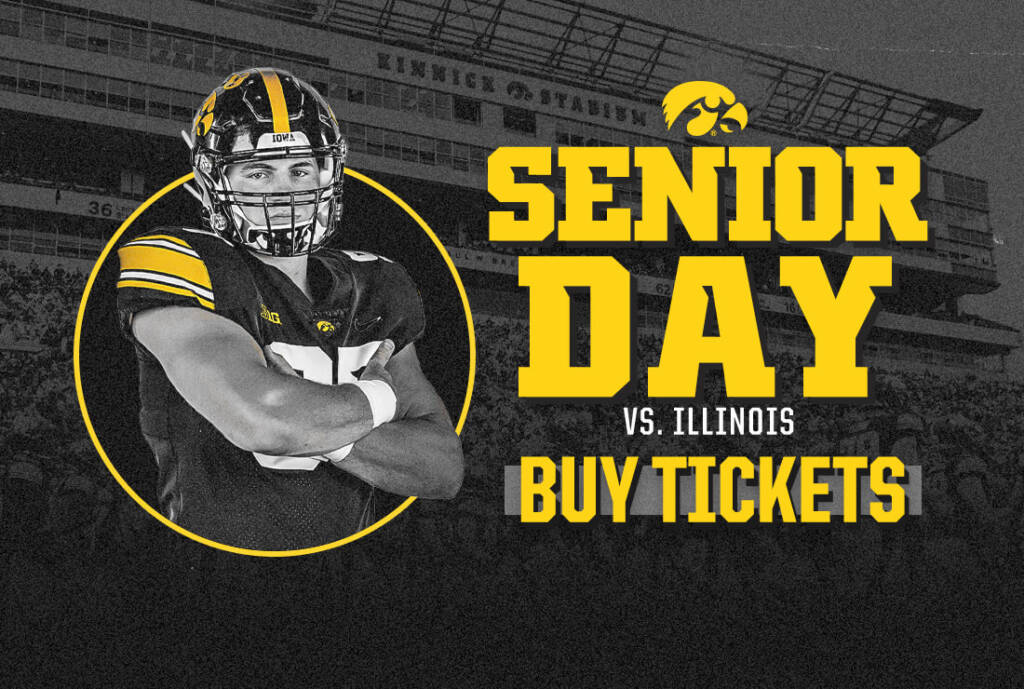